Part musical, part performance art and part concert, Passing Strange is a Tony Award winning Broadway musical, which was then documented by Spike Lee during its final performance at Broadway’s Belasco Theatre and became this – Passing Strange The Movie. Written by Stew, of 90s LA power pop darlings The Negro Problem, it is an utterly strange beast and might take some getting used to during its first few minutes, but it is also filled to the brim with superbly melodic songs, caustic wit and loads of great jokes, which means that it is nothing short of a remarkable and wonderful experience. 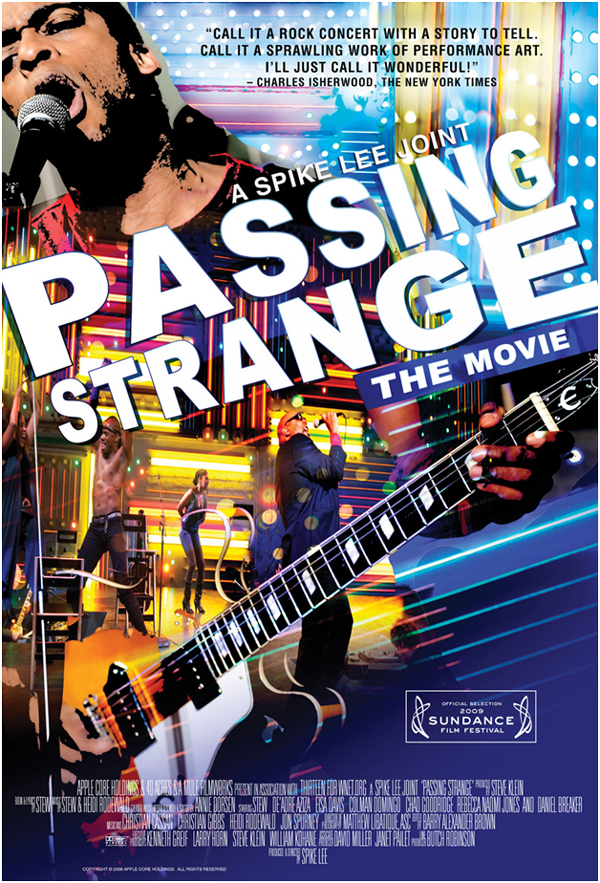 The DVD’s been out for a while now, so you know where to get it. In the meantime, check out the trailer below which we know will definitely pique your interest.