We’re pretty sure you’ve at least heard of Mr Oizo, the electronica maestro, but have you heard of Mr Oizo, the filmmaker? Using his real name, Quentin Dupieux, he’s actually made 2 feature films to date, the first one being “Steak” in 2007 and his second one being the much more widely discussed 2010 film “Rubber”, which actually made it into Cannes 2010’s International Critics Week section. 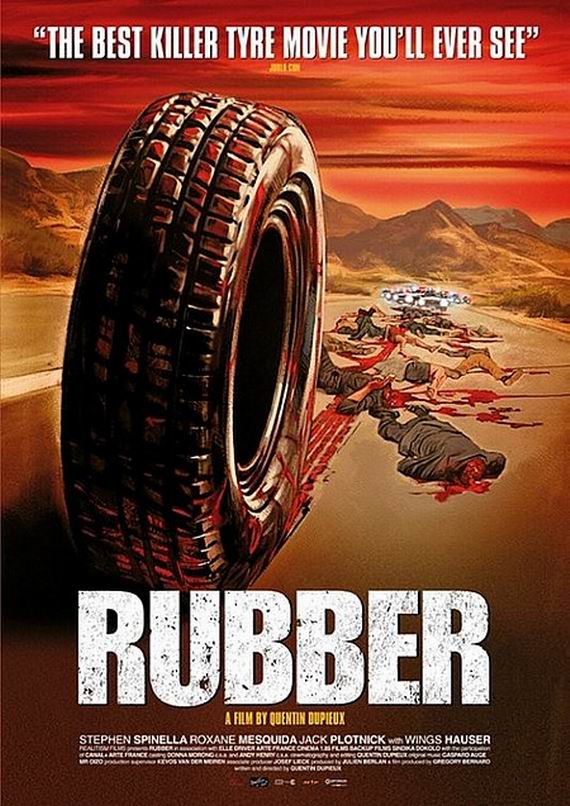 A sort of horror comedy about a sentient tyre (i.e. a tyre that lives) that goes around destroying things and killing people with its psychic powers, the film is actually very watchable, despite the seemingly silly and potentially one-note premise. We’ve seen copies of the movie floating around you-know-where, so check out the trailer below and see if it’s the sort of film you might want to see. As for us, it’s a film about a homicidal tyre, so what’s not to like?