Ever since Jangan Pandang Belakang became a Malaysian box-office smash, we unfortunate Malaysians have been bombarded with what must seem like hundreds of sub-standard horror movies already. So we’ll definitely understand your skepticism about what we’re about to say after this. Seru, a new horror film co-directed by acclaimed arthouse director Woo Ming Jin (who got a film into the Cannes Directors Fortnight last year) and mainstream romantic heart throb Pierre Andre, which opened last Thursday, is a surprisingly enjoyable affair. 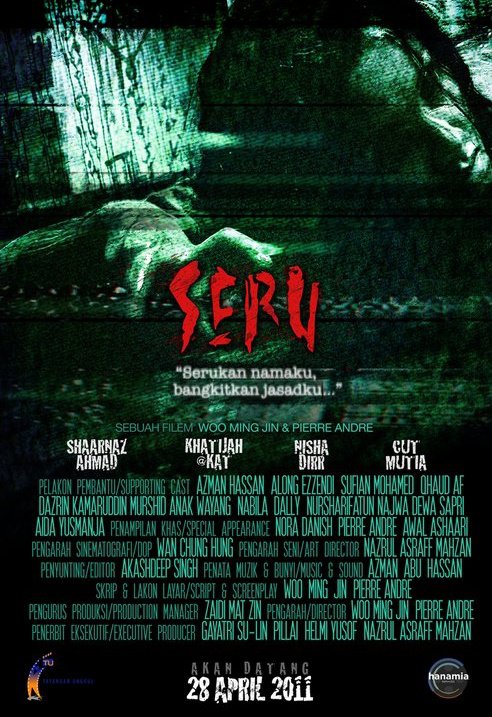 Another addition to the mockumentary horror genre (last 2 weeks it was Penunggu Istana), the film tracks the misadventures of the crew filming a horror film in an isolated village. The logic of the documentary setup doesn’t work all the time, but despite all that it really does offer you the kind of thrills and screams that all good horror films provide. In fact, we think this might just be one of the best Malaysian horror films we’ve ever seen so far (although that might not mean that much in the bigger scheme of things). But still, this fun little film is definitely worth your time. So do check out the trailer below and head down to the nearest cinema to enjoy this cinematic rarity – a pretty good Malaysian horror film.