Mockumentaries and found footage films are a dime a dozen nowadays, so one can only imagine how hard it is to stand out in such a crowded field. So it is with great excitement that we await the arrival of The Troll Hunter, a Norwegian found footage film a la Blair Witch and Cloverfield that’s been garnering a lot of positive buzz ever since it played at last year’s Fantastic Fest. 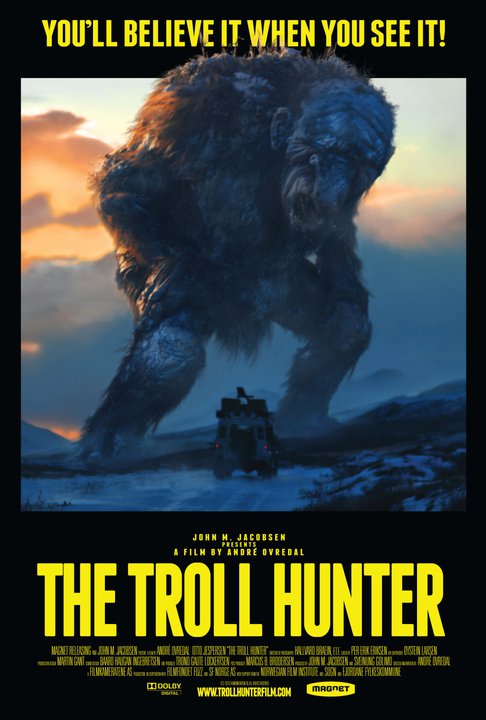 About 2 weeks ago we almost wet our pants when we found copies of the movie floating around you-know-where. After giving the movie a spin, we’re more than relieved that the hype is quite justified. Unlike most other mockumentaries and found footage films, The Troll Hunter’s main source of excitement is sort of similar to the ones we get watching Jurassic Park, which is the wonder of watching the creatures in action in full glory. No shadowy glimpses, no teases, we just get the money shots all the way, which is actually kind of refreshing. Check out the trailer below, and we’re pretty sure you’ll be hunting this film down as well.

Akustika Bersama The Trees And The Wild @ Badger, Damansara Utama, 12/3