When we first saw the trailer for this movie, we really thought it’d be another one of those misconceived comic book inspired action movies like Blood: The Last Vampire or Ninja Assassin. But credit where credit’s due, after seeing the movie we’re more than convinced that we’ve just seen a future cult classic in the making. This debut film by New York Film School professor Sngmoo Lee will simply delight anyone who’s open enough to surrender to its loony and romantic spirit, with a final Cowboys vs. Ninjas showdown that could actually rival those Hit Girl vs Baddies scenes in Kick-Ass. 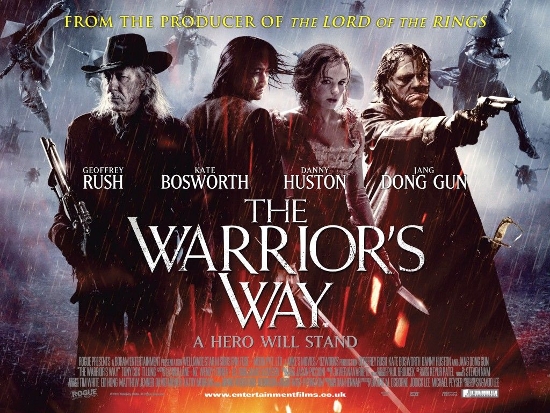 Liberally quoting and lifting elements from everything from the legendary Lone Wolf And Cub series to Tod Browning’s Freaks to Zhang Yimou’s Hero, this is undoubtedly one of the year’s most unexpected guilty pleasures, the same way Wanted (yes, the one with Angelina Jolie) was also one a few years back. Check it out yo!