Wknd Watch: This Movie Is Broken

Canadian director Bruce McDonald (of Hard Core Logo fame) makes the ultimate fan-boy tribute with his latest movie, This Movie Is Broken. A sort of hybrid of a concert film and “9 Songs” (but without the sex) and concentrating on only one band, Canada’s other favourite sons (and daughters), Broken Social Scene, the film tells of a romance between 2 childhood friends happening in the background of one of Broken Social Scene’s most cherished concerts – a free show they did at  Toronto’s Harbourfront Centre in 2009 during Toronto’s garbage-worker strike. 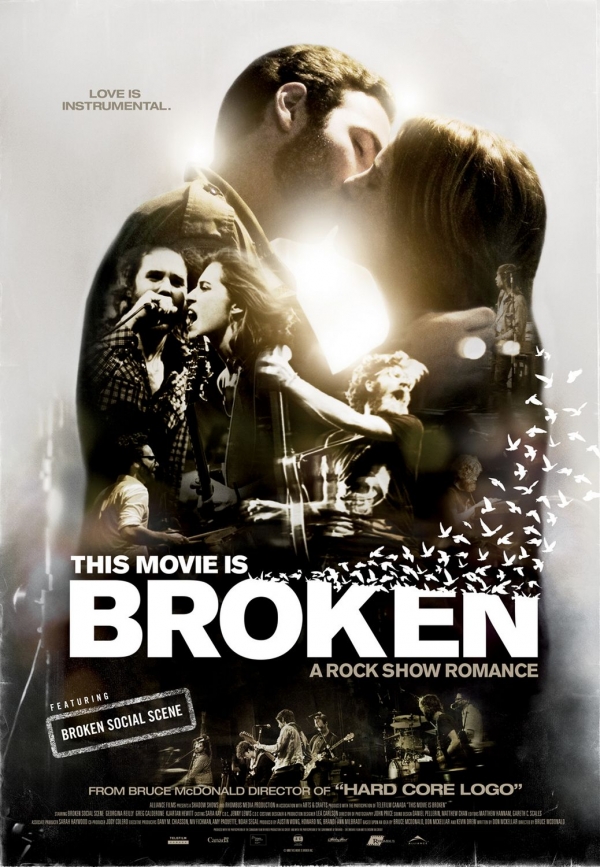 As a movie, the romance is honestly quite insipid, but as a concert film this is quite simply a breathtaking love-letter to the magic of seeing Broken Social Scene live in action. Fans of BSS will no doubt lap this up, and we’re pretty sure that this film will also make new fans out of a lot of people. The film recently came out on DVD in Canada, so you know what that means in terms of getting your hands on it. Check out the film’s trailer below.