Malaysian indie auteur James Lee has been slowly making forays into the mainstream filmmaking scene with the slasher flick “Histeria” from a few years back and the horror-comedy “Sini Ada Hantu” earlier this year. Both were decent enough films but they never prepared us for his delightfully sweet new film, also in the currently much in vogue horror-comedy genre called “Tolong! Awek Aku Pontianak”. 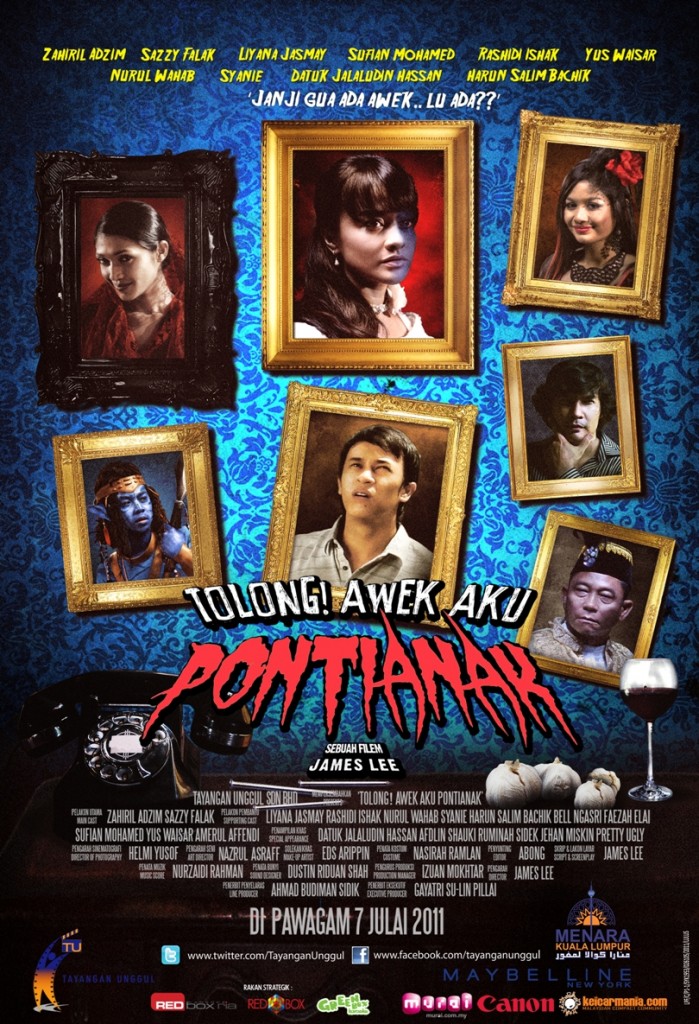 More romantic comedy than horror-comedy actually, the film hugely benefits from the chemistry of the 2 leads, played by Sazzy Falak and Zahiril Adzim and hilarious supporting turns from Rashidi Ishak and Datuk Jalaludin Hassan (both spoofing their ‘good-looking guy’ image) and the always reliable Harun Salim Bachik (playing a bomoh calling himself Aron Slam Bach). Ignore the cheesy poster and film title, for this is a truly sweet and funny comedy that deserves to be seen. Check out the trailer below.