Malaysian mainstream movies are usually the very definition of the word ‘annoying’. The unfunny slapstick jokes, overwrought melodramas and shameless pandering to the rempit crowd are things that truly deserve to be detested. But once in a while, something interesting does come out, like this new movie from Mamat Khalid. A mixture of Tamil movies’ over the top antics, Shaolin Soccer (or any Stephen Chow movies for that matter), and a laudable attempt at fostering that 1Malaysia spirit, it is first and foremost a truly hilarious absurdist comedy. 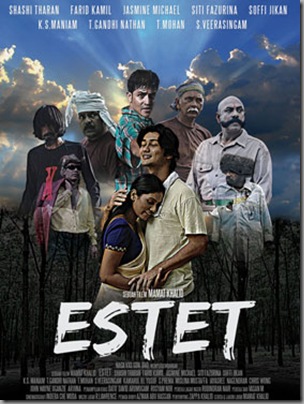 It’s been a real while since we last saw so many Indian actors in main roles in a Malay movie, and the privilege to see Hindu rituals portrayed lovingly (and without prejudice) in a mainstream Malay movie should be reason enough to see it (not to mention the countless hilariously silly jokes!). It’s almost 2 weeks into its run in the local cinemas now, and we noticed that there are fewer and fewer cinemas showing it, so why not show some support to a Malaysian movie that at least tries to do something different. Check out the trailer below: